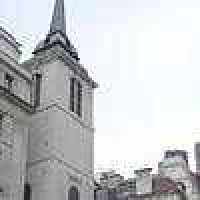 The Life of Rev. Christopher

Rev. Christopher Fowler was born in 1610, in Marlborough, Wiltshire, England, United Kingdom as the son of John Fowler and Anne Lambert. He married Martha Kendall on 18 February 1633, in Babraham, Cambridgeshire, England, United Kingdom. They were the parents of at least 1 son. He died on 15 January 1678, in Southwark, Surrey, England, at the age of 68, and was buried in London, England.

Put your face in a costume from Rev. Christopher's homelands.