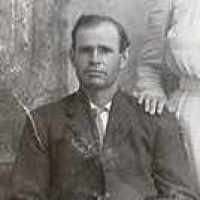 The Life of Seaborn

Put your face in a costume from Seaborn's homelands.

The First official World's Fair, was held to celebrate the 100th anniversary of the signing of the Declaration of Independence in Philadelphia. 37 Countries provided venues for all to see.
1876 · Colorado becomes a State

On Aug 1, 1876, The United States Congress passed an act making the Territory of Colorado the 38th state.
1898 · War with the Spanish