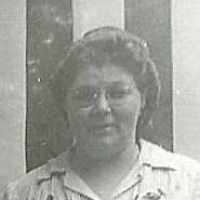 The Life of Mildred Leona

Put your face in a costume from Mildred Leona's homelands.

A short-lived Cabinet department which was concerned with controlling the excesses of big business. Later being split and the Secretary of Commerce and Labor splitting into two separate positions.
1914 · Florida Involvement in World War I

Florida contributed to World War I in several ways. The state's open land and warm climate made for a great military training location. Additional technological and agricultural developments took place in Florida as well. Roughly 42,030 Floridians joined the troops during 1917 and 1918.
1927

English: nickname from Middle English finch ‘finch’ (Old English finc). In the Middle Ages this bird had a reputation for stupidity. It may perhaps also in part represent a metonymic occupational name for someone who caught finches and sold them as songsters or for the cooking pot. The surname is found in all parts of Britain but is most common in Lancashire. See also Fink .

When Mildred Leona Finch was born on April 22, 1902, in Martinsburg, New York, her father, Degrass, was 22 and her mother, Nora Myrtle Ingersoll, was 17. She was married three times and had one daught …