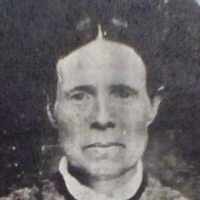 When Charlotte Barrett was born on 29 May 1843, in Monmouthshire, Wales, United Kingdom, her father, John Barratt, was 26 and her mother, Ann Davis, was 36. She married William Brangham on 27 October 1862, in Pontypool, Monmouthshire, Wales, United Kingdom. They were the parents of at least 4 sons and 7 daughters. She died on 25 July 1882, in Logan, Cache, Utah, United States, at the age of 39, and was buried in Logan, Cache, Utah, United States.