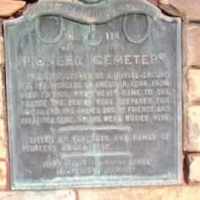 When Jane Capstick was born on 14 March 1803, in Westmorland, England, United Kingdom, her father, Christopher Capstick, was 44 and her mother, Anne Allison, was 34. She married Robert Adams in 1837, in Liverpool, Lancashire, England, United Kingdom. They were the parents of at least 1 son. She died on 7 August 1881, in American Fork, Utah, Utah, United States, at the age of 78, and was buried in American Fork, Utah, Utah, United States.

English (Lancashire and Yorkshire): variant of Copestake, a nickname for a woodcutter, from Old French couper ‘to cut’ + Middle English stikke ‘stick’ or stake ‘pin, stake’.