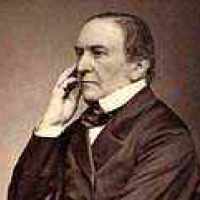 The Life of William Ewart

Put your face in a costume from William Ewart's homelands.

The defeat of Napoleon Bonaparte at Waterloo marks the end of the Napoleonic Wars. Napoleon defeated and exiled to St. Helena.
1834 · Removal of Menagerie from the Tower of London