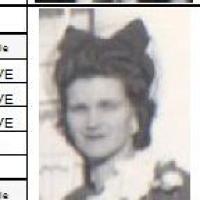 The Life of Nike

Put your face in a costume from Nike's homelands.

Origin unidentified. Probably a respelling of German Rieser or Reiser .