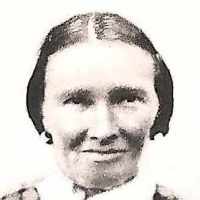 When Maria Catharina Elsabe Faasch was born on 4 February 1808, in Lübeck, Lübeck, Schleswig-Holstein, Germany, her father, Michel Hinrich Faasch, was 30 and her mother, Catharina Dorothea Weideman, was 26. She married Johann Martien Jochim Theodor Germer on 16 March 1834, in Lübeck, Lübeck, Germany. They were the parents of at least 2 sons and 3 daughters. She died on 1 December 1876, in Deweyville, Box Elder, Utah, United States, at the age of 68, and was buried in Deweyville, Box Elder, Utah, United States.

Put your face in a costume from Maria Catharina Elsabe's homelands.