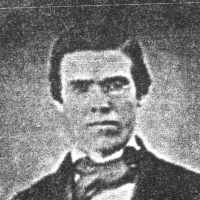 The Life of John Barrett

Put your face in a costume from John Barrett's homelands.

Being a second spiritual and religious awakening, like the First Great Awakening, many Churches began to spring up from other denominations. Many people began to rapidly join the Baptist and Methodist congregations. Many converts to these religions believed that the Awakening was the precursor of a new millennial age.
1833 · First Public Library Founded in Petersborough

In 1833, the oldest tax-supported public library in the world was established by Reverend Abiel Abbot.
1846

English: from Middle English eir, eyer ‘heir’ (Old French (h)eir, from Latin heres ‘heir’). Forms such as Richard le Heyer were frequent in Middle English, denoting a man who was well known to be the heir to the main property in a particular locality, either one who had already inherited or one with great expectations.