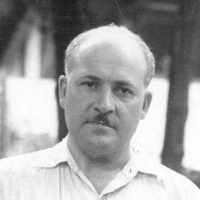 The Life of Clinton Lee

Put your face in a costume from Clinton Lee's homelands.

Mary Philbrook was the first woman in New Jersey to become a lawyer. She had applied for admission to the New Jersey Bar in 1894, but was rejected because the New Jersey Court stated that women were not vested with any right to be attorneys. Mary lobbied with the Jersey City Woman's Club for an update to the law, which was passed in 1895 and allowed women to become lawyers. Mary Philbrook was the first woman to be admitted after the law change.
1913

A strike led by silk mill workers in Paterson, New Jersey. The primary demands of the strike were focused on improved quality of working conditions and establishing an eight-hour workday limit. Two protestors were killed during the strike, and over 1,850 workers were arrested. The strike ultimately ended in failure, due to the manufacturers' inability to accept the demands of the strikes.