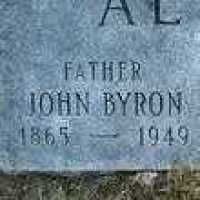 The Life of John Bryan

Put your face in a costume from John Bryan's homelands.

The first federal law that defined what was citizenship and affirm that all citizens are equally protected by the law. Its main objective was to protect the civil rights of persons of African descent.
1867 · Ontario Founded

On July 1, 1867, the province of Ontario was founded. It is the second largest province in Canada. A third of the population of Canada live here. Before it was Ontario it was called Upper Canada and had a Governor.
1890 · The Sherman Antitrust Act