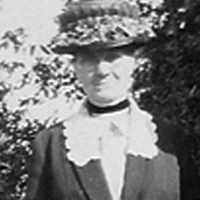 The Life of Rinske Henderika

When Rinske Henderika Addink was born on 15 March 1863, in Amsterdam, North Holland, Netherlands, her father, Hermanus Addink, was 42 and her mother, Jantje Terpstra, was 37. She married Peter Folkert Van Der Meulen on 3 November 1892. They were the parents of at least 1 son and 2 daughters. She lived in Leonia, Bergen, New Jersey, United States in 1910. She died on 16 September 1943, at the age of 80.

Put your face in a costume from Rinske Henderika's homelands.

After the Noordhollandsch Kanaal proved inadequate after several decades, it was decided that a new canal was necessary. Digging began at Breesaap on March 8, 1865. Working conditions were considered horrible: manual labor workers lived in manmade huts and were exposed to diseases, alcohol abuse, and fighting. King William III of the Netherlands officially opened the North Sea Canal on November 1, 1876 The canal is 15 miles long (25 km) and connects to the North Sea by Ijmuiden (a port city in North Holland). It is now considered a vital part of the Western Netherlands' groundwater management system.
1886