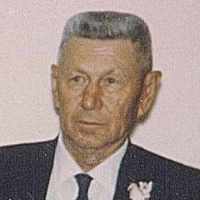 The Life of Conrad Walter

Put your face in a costume from Conrad Walter's homelands.

A short-lived Cabinet department which was concerned with controlling the excesses of big business. Later being split and the Secretary of Commerce and Labor splitting into two separate positions.
1910 · Glacier National Park Established

1 German: topographic name for someone who lived by a tree that was particularly noticeable in some way, from Middle High German, Old High German boum ‘tree’, or else a nickname for a particularly tall person.2 Jewish (Ashkenazic): ornamental name from German Baum ‘tree’, or a short form of any of the many ornamental surnames containing this word as the final element, for example Feigenbaum ‘fig tree’ ( see Feige ) and Mandelbaum ‘almond tree’ ( see Mandel ).3 English: probably a variant spelling of Balm, a metonymic occupational name for a seller of spices and perfumes, Middle English, Old French basme, balme, ba(u)me ‘balm’, ‘ointment’ ( see Balmer ).