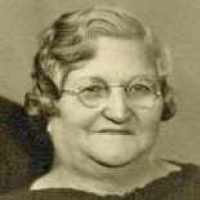 The Life of Marie Alphonsine

When Marie Alphonsine Grenier was born on 20 June 1871, in Sainte-Marie, Beauce, Quebec, Canada, her father, Jean Frederic Grenier, was 30 and her mother, Sophie Henedine Amelie Vallee, was 22. She married Joseph Achille Labbé on 17 February 1890, in Sainte-Marguerite, Dorchester, Quebec, Canada. They were the parents of at least 13 sons and 6 daughters. She lived in Beauce, Quebec, Canada in 1901. She died on 20 November 1954, in Lewiston, Androscoggin, Maine, United States, at the age of 83, and was buried in Saint Peters Cemetery, Lewiston, Androscoggin, Maine, United States.

Put your face in a costume from Marie Alphonsine's homelands.