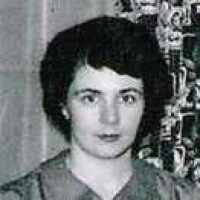 The Life of Sylvia Charlene

Put your face in a costume from Sylvia Charlene's homelands.

1 English (mainly East Anglia): habitational name from Lyng in Norfolk, so named from Old English hlinc ‘hillside’, or from either of two places in Norfolk and Lincolnshire named Ling, from Old Norse lyng ‘ling’, ‘heather’. There is also a Lyng in Somerset, so named from Old English lengen ‘long place’.2 German: variant of Link .3 Chinese 凌: from a word meaning ‘ice’. In ancient times, the imperial palace was able to enjoy ice in the summer by storing winter ice in a cellar, entrusting its care to an official called the iceman. This post was once filled during the Zhou dynasty ( 1122–221 bc ) by a descendant of Kang Shu , the eighth son of Wen Wang , who had been granted the state of Wei soon after the establishment of the Zhou dynasty. Descendants of this particular iceman adopted the word for ice, ling, as their surname.