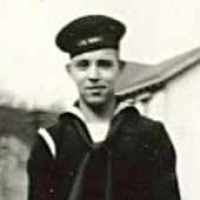 The Life of Stephen

When Stephen Lampart was born on 17 December 1923, his father, John Lampart, was 36 and his mother, Anna Lopatovszky, was 34. He lived in East Pike Run Township, Washington, Pennsylvania, United States in 1930. He died on 22 February 1971, in Detroit, Wayne, Michigan, United States, at the age of 47.

The Detroit Zoological Society was founded in 1911, but the zoo didn't officially open until August 1, 1928. At the opening ceremony, Mayor John C. Nagel was to speak to the gathered crowd. Arriving late, Nagel parked his car behind the bear dens and as he came rushing around the front. A polar bear leaped from the moat in the den and stood directly in front of Nagel. Unaware how precarious his situation was, Nagel stuck out his hand and walked toward the polar bear joking, ""He's the reception committee. The Detroit Zoo was the first zoo in America with cage-less exhibits and the first zoo to no longer keep elephants because of the harsh winters causing psychological stress on them.
1937 · The Neutrality Act

English: probably a variant of Lambert .