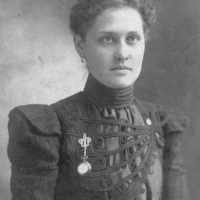 The Life of Carrie Lee

Put your face in a costume from Carrie Lee's homelands.

Garfield was shot twice by Charles J. Guitea at Railroad Station in Washington, D.C. on July 2, 1881. After eleven weeks of intensive and other care Garfield died in Elberon, New Jersey, the second of four presidents to be assassinated, following Abraham Lincoln.
1894 · Confederate Soldiers and Sailors Monument

On May 30, 18944 the Confederate Soldiers and Sailors’ Monument was unveiled. It is 73 feet high and over looks Libby Hill Park. the statue represents the 13 Confederate States.
1901 · Assassination of Mckinley