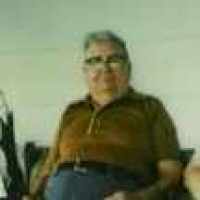 The Life of Howard Franklin

Put your face in a costume from Howard Franklin's homelands.

When W. D. Boyce was visiting London, he encountered a boy that helped him find his destination. The boy refused the tip that Boyce offered to him and told him that he was just doing his daily good turn. Being inspired, Boyce incorporated the Boy Scouts of America to help teach young men how to have an attitude of service always. Since its foundation, The Boy Scouts of America has become one of the largest Scouting organizations in the United States. Around 110 million people have been participants at some time in their life. The BSA was established to help young people make better choices in life and showing selflessness by serving the community.
1917

English:1. habitational name, either a variant of Madeley (a name common to several places, including one in Shropshire and two in Staffordshire), named in Old English as ‘Māda's clearing’, from an unattested byname, Māda (probably a derivative of mād ‘foolish’) + lēah ‘woodland clearing’; or from Medley on the Thames in Oxfordshire, named in Old English with middel ‘middle’ + ēg ‘island’. 2. nickname for an aggressive person, from Middle English, Old French medlee ‘combat’, ‘conflict’ (Late Latin misculata).