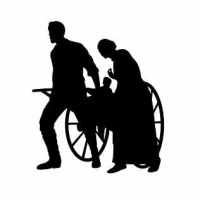 The Life Summary of Julia Anne

When Julia Anne Grant was born on 3 August 1815, in Northampton, York, New Brunswick, Canada, her father, William Grant, was 41 and her mother, Ann Maidstone Hillman, was 34. She married Edward Cyrenius Bagley on 8 October 1833, in Saint John, St. John, New Brunswick, Canada. They were the parents of at least 10 sons and 2 daughters. She immigrated to Utah, United States in 1855. She died on 20 June 1855, in Atchison, Atchison, Kansas, United States, at the age of 39, and was buried in Kansas, United States.

Put your face in a costume from Julia Anne's homelands.

Edward Cyrenius Bagley was from Connecticut where he was born and worked in the ship-building business with his brother and father Richard, to seek a new life in New Brunswick, Canada. ... He …