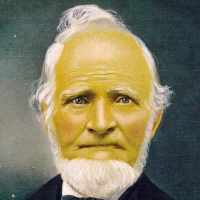 The Life Summary of Osmyn Merrit

Put your face in a costume from Osmyn Merrit's homelands.

Pioneer Log Home of the William and Osmyn Deuel families

Newspaper article 19 NOV 1985 (Deseret News?) One of only two surviving 1847 vintage Utah Mormon pioneer log homes has been restored, placed in a permanent location and opened for public view. A ribb …