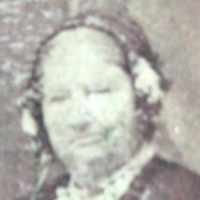 When Mary Stubbs was born on 23 December 1800, in Westmorland, England, United Kingdom, her father, John Stubbs, was 26 and her mother, Margaret Robinson, was 22. She married Roger Farrer on 7 October 1828, in Kendal, Westmorland, England, United Kingdom. They were the parents of at least 3 sons and 3 daughters. She died on 1 June 1879, in Provo, Utah, Utah, United States, at the age of 78, and was buried in Provo City Cemetery, Provo, Utah, Utah, United States.

English:variant of Stubbe with plural or post-medieval excrescent -s.perhaps occasionally a topographic name from Middle English stub(be) ‘tree stump’ + hous ‘house’, used for someone who lived in a house by a tree stump.

This account is based on typescript sketches of Roger Farrer, Sr., by his granddaughter Eleanor Farrer Duke, and by my grandmother, his great granddaughter Mary Zella Thomas Monson. [Annotations are b …