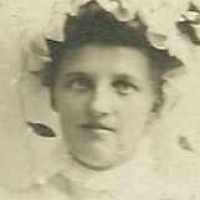 The Life of Alma Josephine

When Alma Josephine Larson was born on 3 February 1890, her father, John Bernt Larson, was 24 and her mother, Inger Christina Andersdotter, was 24. She married Otto Marius Nielsen on 16 July 1910, in Hector, Renville, Minnesota, United States. They were the parents of at least 2 sons and 4 daughters. She lived in Veddige, Halland, Sweden in 1881 and Bandon Township, Renville, Minnesota, United States in 1920. She died on 28 January 1929, at the age of 38.

Put your face in a costume from Alma Josephine's homelands.