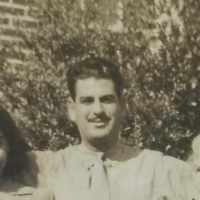 The Life Summary of Warren Comal

Put your face in a costume from Warren Comal's homelands.

Some characteristic forenames: Spanish Juan, Manuel, Carlos, Luis, Jesus, Francisco, Pedro, Miguel, Jorge, Raul, Ramon, Mario.Spanish (López): patronymic from the medieval personal name Lope ‘wolf’. This is one of the commonest of all Spanish surnames. In the US, it is the twelfth most frequent surname. Compare De Lopez .Jewish (Sephardic): adoption of the Spanish surname (see 1 above) at the moment of conversion to Roman Catholicism. After the return to Judaism (generations later), some descendants retained the name their families used as Catholics.