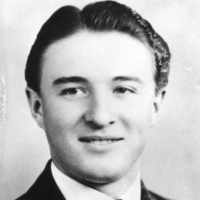 The Life Summary of Joseph Stoddard

Put your face in a costume from Joseph Stoddard's homelands.

My father will soon be 96 years old. He has been blessed with good health and tomorrow (23 August 2015) he will drive from his home in North Ogden, Utah, to join us for dinner at our home in Bountifu …