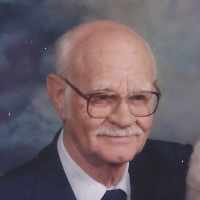 The Life of Ronald

Put your face in a costume from Ronald's homelands.

To end World War I, President Wilson created a list of principles to be used as negotiations for peace among the nations. Known as The Fourteen Points, the principles were outlined in a speech on war aimed toward the idea of peace but most of the Allied forces were skeptical of this Wilsonian idealism.
1918 · Fort Bragg Established

Named after Confederate General Braxton Bragg, Fort Bragg in Fayetteville, North Carolina was established on September 4, 1918. It was used as one of three training camps used during WWI.
1942

On December 2, 1942, Enrico Fermi and a small band of scientists and engineers demonstrated that a simple construction of graphite bricks and uranium lumps could produce controlled heat. The space chosen for the first nuclear fission reactor was a squash court under the football stadium at the University of Chicago.