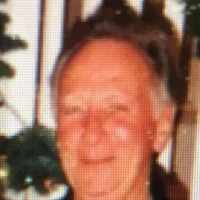 The Life of Harold Lee

Put your face in a costume from Harold Lee's homelands.

The Neutrality Acts were passed in response to the growing conflicts in Europe and Asia during the time leading up to World War II. The primary purpose was so the US wouldn't engage in any more foreign conflicts. Most of the Acts were repealed in 1941 when the Japanese attacked Pearl Harbor.
1940 · Galloping Gertie

Galloping Gertie is the reference used to describe the Tacoma Narrows Bridge. It opened on July 1, 1940 four months later it no longer existed. On November 7, 1940 the wind guests came up to 40 miles an hour causing the bridge to twist and vibrate violently before it collapsed into Puget Sound. The only victim of the bridge collapsing was a three-legged paralyzed dog named Tubby whose owner tried to rescue him from the car but he wouldn’t go with him.
1956 · The Federal Aid Highway Act