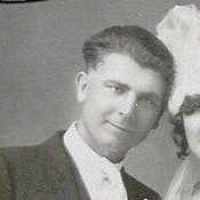 The Life Summary of Peter Lawrence

Put your face in a costume from Peter Lawrence's homelands.

form of the name of the best-known of all Christ's apostles, traditionally regarded as the founder of the Christian Church. The name derives, via Latin, from Greek petros ‘stone, rock’. This is used as a translation of the Aramaic byname Cephas, given to the apostle Simon son of Jona, to distinguish him from another of the same name ( Simon Zelotes ). ‘When Jesus beheld him, he said, Thou art Simon the son of Jona: thou shalt be called Cephas, which is by interpretation, A stone’ (John 1:42). According to Matthew 16:17–18, Christ says more explicitly, ‘Blessed art thou, Simon Bar-jona … thou art Peter, and upon this rock I will build my church’. The name has been in continuous use since the Middle Ages.