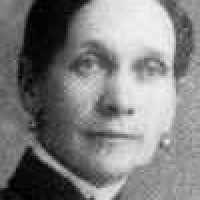 When Isabella Watson was born on 3 February 1812, in Bridgend, Dunbartonshire, Scotland, her father, Adam Watson, was 28 and her mother, Ann Gordon, was 28. She married Robert McIntyre on 12 September 1835, in Gorbals, Lanarkshire, Scotland, United Kingdom. They were the parents of at least 1 daughter. She lived in Nauvoo, Hancock, Illinois, United States in 1839. She died on 30 November 1909, in Kanab, Kane, Utah, United States, at the age of 97, and was buried in Kanab City Cemetery, Kanab, Kane, Utah, United States.

Annie Gordon McIntyre Rouies or Ruiz Dobson was born to Robert McIntyre and Isabella Watson McIntyre, in Glasgow, Scotland on 9 November 1836, Deseret News 14 Jul 1869 A a young girl her mother and …