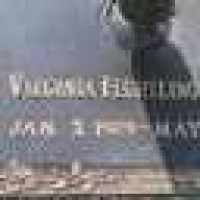 The Life of Virginia P

Put your face in a costume from Virginia P's homelands.

The Bagnell Dam on the Osage River was completed in 1931. The dam was built to generate hydroelectric power to the Osage Power Plant. The building of the dam created Lake of the Ozarks, one of the largest man-made lakes in the world, and over 1,000 miles of shoreline.
1951 · The Twenty-Second Amendment