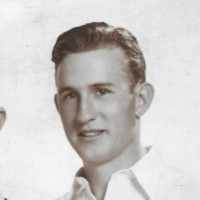 When James Henry McDowell Crosby was born on 27 July 1920, in Texarkana, Bowie, Texas, United States, his father, James Floyd McDOWELL, was 28 and his mother, Phebe Ida Jacqueline Landes, was 21. He lived in Alvin, Brazoria, Texas, United States in 1930. He registered for military service in 1940. He died on 8 July 2009, in Brisbane, Queensland, Australia, at the age of 88, and was buried in Brisbane, Queensland, Australia.

Edith Cowan is elected to the Western Australia Parlaiment. She is the first woman parliamentarian in Australia.
1923 · The President Dies of a Heart Attack

Scottish and Irish: Anglicized form of Gaelic Mac Dubhghaill ‘son of Dubhghall’, a byname meaning ‘dark stranger’, used among the Gaels to distinguish the darker-haired Danes from fair-haired Norwegians. According to MacLysaght, this is the Irish form of the name of the Scottish clan McDougall , borne by a branch which went to Ireland from the Hebrides as mercenaries. However, Black shows that both forms were current in Scotland.