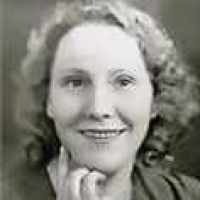 When Nellie Maxwell was born on 27 April 1911, in Liverpool, Lancashire, England, her father, James Maxwell, was 32 and her mother, Isabella McGill, was 26. She married Leslie Kettyle in 1929, in West Derby, Lancashire, England, United Kingdom. They were the parents of at least 4 sons. She died on 9 July 2003, in her hometown, at the age of 92.

There are no historical documents attached to Nellie.