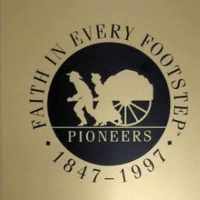 When James William Horace Pigg-Stannard was born in October 1836, in Lakenham St John the Baptist, Norfolk, England, United Kingdom, his father, James William Pigg-Stannard, was 45 and his mother, Caroline Nunn, was 36. He lived in Florence, Douglas, Nebraska, United States in 1862 and Salt Lake, Utah, United States in 1864. He died after 25 October 1907, at the age of 71.

Put your face in a costume from James William Horace's homelands.

form of the name borne in the New Testament by two of Christ's disciples, James son of Zebedee and James son of Alphaeus. This form comes from Late Latin Iacomus, a variant of Iacobus, Latin form of Greek Iakobos. This is the same name as Old Testament Jacob (Hebrew Yaakov), but for many centuries now they have been thought of in the English-speaking world as two distinct names. In Britain, James is a royal name that from the beginning of the 15th century onwards was associated particularly with the Scottish house of Stewart: James I of Scotland ( 1394–1437 ; ruled 1424–37 ) was a patron of the arts and a noted poet, as well as an energetic ruler. King James VI of Scotland ( 1566–1625 ; reigned 1567–1625 ) succeeded to the throne of England in 1603 . His grandson, James II of England ( 1633–1701 ; reigned 1685–8 ) was a Roman Catholic, deposed in 1688 in favour of his Protestant daughter Mary and her husband William of Orange. From then on he, his son (also called James), and his grandson Charles (‘Bonnie Prince Charlie’) made various unsuccessful attempts to recover the English throne. Their supporters were known as Jacobites (from Latin Iacobus), and the name James became for a while particularly associated with Roman Catholicism on the one hand, and Highland opposition to the English government on the other. Nevertheless, it has since become one of the most perennially popular boys' names.