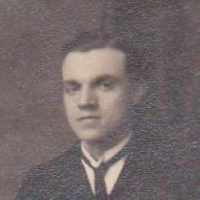 When William Greig was born on 23 January 1893, in Alloa, Clackmannanshire, Scotland, United Kingdom, his father, George Greig, was 43 and his mother, Elizabeth France, was 40. He married Lilian Rebecca Mills on 30 April 1919, in Boreham, Essex, England, United Kingdom. He died on 27 May 1988, in Winnipeg, Manitoba, Canada, at the age of 95.

The Glasgow Subway opened on 14 December and is the third-oldest underground metro system in the world. It is one of very few subways that have a running gauge of 4 feet, but its twin circular lines were never expanded.
1908

Scottish: from a short form of the personal name Gregory .