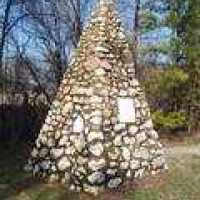 The Life of William Ezekiel Robert

Put your face in a costume from William Ezekiel Robert's homelands.

1 Scottish: reduced form of Pollock .2 German (of Slavic origin): from an altered pet form of the Slavic personal name Boleslav, composed of the elements bole ‘great’, ‘large’ + slav ‘glory’. This name was a favorite during the Middle Ages among the gentry class in Silesia.3 German: ethnic name for a Pole ( see Polak ).