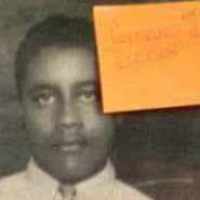 When George Leroy Dickson was born on 29 March 1921, in Pocahontas, Virginia, United States, his father, Benjamin Joseph Dixon (Dickson), was 31 and his mother, Martha Jane Stone Dickson, was 24. He married Katherine Poland on 15 June 1944, in Louisiana, United States. He lived in Akron, Summit, Ohio, United States for about 10 years. He died on 15 July 1982, in Louisville, Jefferson, Kentucky, United States, at the age of 61.