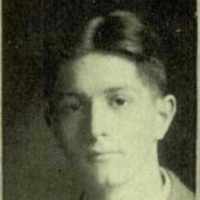 The Life of Myron Wolff

When Myron Wolff Fisher was born on 15 March 1910, in San Francisco, California, United States, his father, Samuel Fisher, was 39 and his mother, Bertha A. Arnsberg, was 31. He married Catherine Pearl Woodmansee Paull on 31 December 1931, in San Francisco, California, United States. They were the parents of at least 2 daughters. He died in 1986, in Panama, Panama, at the age of 76, and was buried in Panama City, Panamá, Panama, Panama.

Put your face in a costume from Myron Wolff's homelands.

Like the Boy Scouts of America, The Girl Scouts is a youth organization for girls in the United States. Its purpose is to prepare girls to empower themselves and by acquiring practical skills.
1914