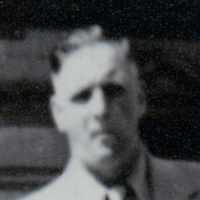 The Life of Alfred James Morrison

When Alfred James Morrison Anderson was born on 26 May 1898, in Aberdeen, Aberdeenshire, Scotland, United Kingdom, his father, William Anderson, was 48 and his mother, Elizabeth Ann Morrison, was 37. He married Jane Silver on 23 July 1920, in Aberdeen, Aberdeenshire, Scotland, United Kingdom. They were the parents of at least 4 sons and 2 daughters. He died on 6 September 1964, in Irvington, Essex, New Jersey, United States, at the age of 66, and was buried in Union, Union, New Jersey, United States.

Put your face in a costume from Alfred James Morrison's homelands.

This Act set a price at which gold could be traded for paper money.
1902 · The Scottish National Antarctic Expedition

The Scottish National Antarctic Expedition was organized and led by William Speirs Bruce. Him along with Robert Falcon Scott’s Discovery Expedition completed an exploration of Antarctica. They established the first manned meteorological station, the Orcadas, in 1903 and discovered new land east of the Weddell Sea. The expedition was described as the most cost-effective and carefully planned scientific expedition of the Heroic Age. The Orcadas weather station has been in continuous operation ever since.
1916

"During a deadly heat wave, thousands of residents were at the seaside resorts of Jersey Shore. Between July 1 and July 2 of 1916, five different people were attacked by sharks, and four of them ultimately died. Scientific knowledge about sharks was limited at this time, so these tragic incidents started a wave of ""shark panic"" that was spread by telephone calls, letters, newspapers, and other media."