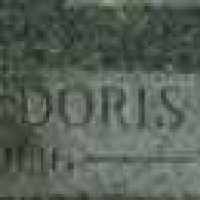 The Life of Doris Elberta

Put your face in a costume from Doris Elberta's homelands.

The first act prohibiting monetary contributions to political campaigns by major corporations.
1917 · Women Given the Right to Vote in New York

Voters in New York approve a bill giving women the right to vote. This is passed three years prior to the 19th amendment to the U.S. Constitution which allowed women to vote nationwide.
1931

Southern French (Marblé): probably from a form of the adjective marbré ‘(of) marble’ (from marbre ‘marble’), hence an occupational name for a quarrier or worker in marble.