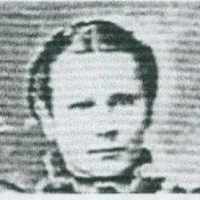 Put your face in a costume from Dovie Jane's homelands.

A landmark decision of the U.S. Supreme Court upholding the constitutionality of racial segregation laws for public facilities if the segregated facilities were equal in quality. It's widely regarded as one of the worst decisions in U.S. Supreme Court history.
(1997: 58496;2007: 114759; 2010: 153329)English: from Middle English ston(e) ‘stone, rock’ (Old English stān). The surname may be topographic, for someone who lived on stony ground, by a notable outcrop of rock, or by a stone boundary-marker or monument, or habitational, from a place called Stone, such as those in Buckinghamshire, Devon, Gloucestershire, Hampshire, Kent, Somerset, Staffordshire, and Worcestershire.Irish (Kilkenny): adopted for Irish Ó Clochartaigh (see Clougherty ) and/or Ó Clochasaigh (see Clohessy ), and possibly several other names containing or thought to contain the element cloch ‘stone’.