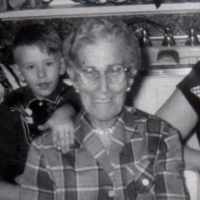 The Life of Mabel Lavina

Put your face in a costume from Mabel Lavina's homelands.

A fire erupted on January 10, 1883, at the Newhall Hotel in Milwaukee. The fire began at 4:00 am in an elevator shaft and raced up through the building. The fire spread so quickly that many could not escape. General and Mrs. Tom Thumb, stars of P.T. Barnum's circus, were guests in the hotel at the time of the fire. A firefighter reached them by ladder and they were able to escape safely. The exact number of deaths remains unknown as the hotel register was destroyed in the fire, however, the death toll is estimated between 75-90.
1902 · So Much Farm Land

English (mainly Sussex): variant of Hedge , with the addition of agent suffix -er.