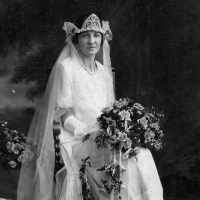 The Life of Emma E.

Put your face in a costume from Emma E.'s homelands.

President William McKinley was shot at the Temple of Music, in the Pan-American Exposition, while shaking hands with the public. Leon Czolgosz shot him twice in the abdomen because he thought it was his duty to do so. McKinley died after eight days of watch and care. He was the third American president to be assassinated. After his death, Congress passed legislation to officially make the Secret Service and gave them responsibility for protecting the President at all times.
1913 · Cleveland Museum of Art

The Cleveland Museum of Art was founded as a trust from Hinman Hurlbut, John Huntington, and Horace Kelley. It is to be known as the fourth-wealthiest art museum in the United States. The museum opened its doors to the public on June 6, 1916, and is free to the public to come and enjoy the diverse collections inside. Today the museum can be found as the center piece of Wade Park and both are on the National Register of Historic Places.
1923 · The President Dies of a Heart Attack