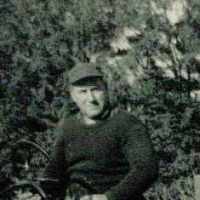 The Life of Philip Lionel

Put your face in a costume from Philip Lionel's homelands.

Known as the National Bureau of Criminal Identification, The Bureau of Investigation helped agencies across the country identify different criminals. President Roosevelt instructed that there be an autonomous investigative service that would report only to the Attorney General.
1917 · World War I Contributions

The legislature of Maine dedicated approximately $1 million towards World War I at the time that US involvement began. By the time armistice would be declared in 1918, Maine contributed roughly 35,000 men and $116 million.
1927