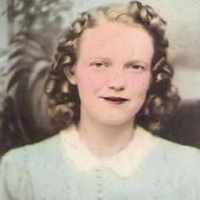 The Life Summary of Eunice Lillie

Put your face in a costume from Eunice Lillie's homelands.

English, northern Irish, and Scottish: from the Middle English and Older Scottish personal name Patun, Paton, an Old French diminutive of Pat(e), a pet form of Patrick. Compare Patrick and Pattinson .History: The American general George Patton (1885–1945) was born in San Gabriel, CA, into a family with a long military tradition. His earliest American ancestor, Robert Patton, had emigrated from Scotland to VA c. 1770.