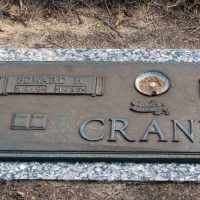 The Life of Edward Harris

Put your face in a costume from Edward Harris's homelands.

In 1926, in central Kentucky, Mammoth Cave was discovered. It dates back to Mississippian times and consists of over four hundred miles of passageway. On July 1, 1941, the cave was made a National Park.
1937 · The Neutrality Act

1 English (chiefly Lancashire): from Middle English cranke ‘lively’, ‘lusty’, ‘vigorous’, hence a nickname for a cheerful, boisterous, or cocky person.2 English: nickname from cranuc, a diminutive of Middle English cran ‘crane’ ( see Crane ).3 Possibly an Americanized spelling of German Kranke, from Low German Kraneke ‘crane’, applied to someone thought to resemble the bird in some way, or a nickname for a poor physical specimen, from Middle High German kranc ‘sickly’, ‘ailing’.