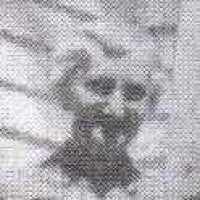 The Life of Sallie Murrish

Put your face in a costume from Sallie Murrish's homelands.

In 1890, Robert Miller Womack discovers a rich gold deposit along Cripple Creek, near the western slope of Pikes Peak. This would become the richest gold strike in the Rocky Mountin area.
1907 · Law Passed for Child Employment

The maximum hours for children to work were set to 55 per week.
1909 · Garden of the Gods Park