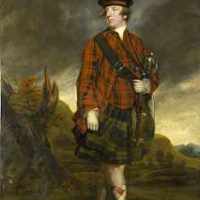 When John Murray 4th Earl of Dunmore was born in 1732, in Garmouth, Morayshire, Scotland, his father, William Murray 3rd Earl of Dunmore, was 36 and his mother, Catherine Nairne Murray, was 20. He married Lady Charlotte Stewart Countess of Dunmore on 21 February 1759, in Airth, Stirlingshire, Scotland. They were the parents of at least 6 sons and 5 daughters. He died on 25 February 1809, in Ramsgate, Kent, England, United Kingdom, at the age of 77, and was buried in Isle of Thanet, Kent, England, United Kingdom.