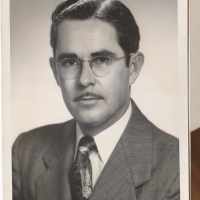 The Life of Jesse Cleon

Put your face in a costume from Jesse Cleon's homelands.

In 1922, Harvey C. Couch Sr. started WOK the first radio station in Arkansas. After a trip to Pittsburgh and the KDKA radio he came up with the idea for Workers of Killowatts (WOK). WOK had no commercials which was nice for the listeners.
1941

Jesse Cleon Adams My Father Jesse Adams was born in Trumann Arkansas May 5th 1918 or 1918 to Washington Jesse Adams and Lillie Mae Cooper. He was the oldest of 3 siblings. He, for the most part, grew …