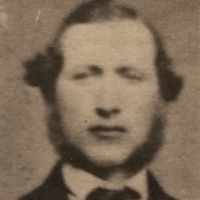 The Life of Carl

Put your face in a costume from Carl's homelands.

Being a monumental event in the Texas Revolution, The Battle of the Alamo was a thirteen-day battle at the Alamo Mission near San Antonio. In the early morning of the final battle, the Mexican Army advanced on the Alamo. Quickly being overrun, the Texian Soldiers quickly withdrew inside the building. The battle has often been overshadowed by events from the Mexican–American War, But the Alamo gradually became known as a national battle site and later named an official Texas State Shrine.
1848 · The March Unrest

The March Unrest, or the Marsoroligheterna, was a series of riots in Stockholm in March 1848, due to news of the French Revolution. As a mob gathered and plundered shops on March 19, the militia fired shots and 18 deaths. The army arrived on March 21 for reinforcement and terminated any further rioting.
1863