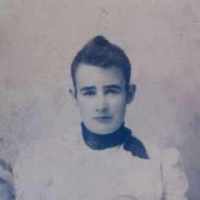 Put your face in a costume from Camilla Mildred's homelands.

A landmark decision of the U.S. Supreme Court upholding the constitutionality of racial segregation laws for public facilities if the segregated facilities were equal in quality. It's widely regarded as one of the worst decisions in U.S. Supreme Court history.
(1997: 19831;2007: 42073; 2010: 57064)English: topographic name for someone who lived below a wood on a hillside, from Middle English under + wude, wode ‘wood’, or a habitational name for someone from any place so named.History: Joseph Underwood emigrated from England to Watertown, MA, in 1637. William Underwood came from England to Concord, MA, before 1640, later settling in Chelmsford, MA. In VA, the name was established by Thomas William Underwood, who came from Norfolk, England, in 1675.