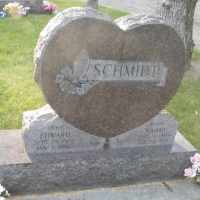 A short-lived Cabinet department which was concerned with controlling the excesses of big business. Later being split and the Secretary of Commerce and Labor splitting into two separate positions.
1907

German and Jewish (Ashkenazic): occupational name from Middle High German smit, German Schmied ‘blacksmith’. The German surname is found in many other parts of Europe, from Slovenia to Sweden.